Ryan Wells always wanted to be a judge.

“I felt I had the leadership skills. I have a really good ability to listen to both sides and be fair. …  I just felt like it was part of who I was and that I would be good at it based on the skills I thought I had,” Wells said.

When Wells, 40, received a call from an out-of-area number on a Sunday night, he knew it could be the moment. Luis Cespedes, the governor’s judicial appointment secretary, was on the other end.

“My heart dropped because I know he wouldn’t call me just to say, ‘Hey, how are you doing?’… I just kind of lost my breath,” Wells recalled. “I ran down the stairs and my wife was down there with the kids just hanging out. I pointed at the phone like, oh, I think this is it. I think this call, you know, kind of mouthing it to her because she’s been with me this whole process.”

Wells, a Fresno County prosecutor and former college football star, received high praise from his colleagues, a famous football coach, and a defense attorney he beat in court. 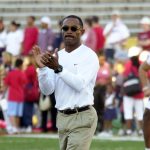 “It was clear that Ryan was going to be successful, that he had that drive. He had that confidence. He had that intelligence and he had a balance to him.” — Football coach Tyrone Willingham

The man who recruited Wells to play college football at Stanford also provided a reference on Wells’ judicial application.

“It was clear that Ryan was going to be successful, that he had that drive. He had that confidence. He had that intelligence and he had a balance to him,” Willingham said.

The coach and player kept in touch through the years, even though Willingham left during Wells’ senior season to coach at Notre Dame.

“He always was a leader. He’s always punctual. He was consistent. He always tried to get the best out of all of his players,” Wells said of Willingham. “He had good character, just a coach you can look up to but also play hard for. So he was a good motivator.”

What did Willingham say to those vetting Wells for the judicial position?

“He is an unbelievably hard worker. He has a great determination for success and he has a wonderful balance of life and person. And those are rare qualities for us to exhibit, the kind of balance that it takes to keep all things in perspective and keep all people in perspective,” Willingham said.

For the last nine years, Wells worked as a prosecutor in the Fresno County District Attorney’s office. He currently works in the homicide division and is the senior deputy district attorney.

Goodwin, an admitted drug user, attempted to carjack Der Vartanian. When the victim fought back, Goodwin shot the man, killing him.

“You look at a young person who makes that type of decision and you look at all the collateral effects of that decision. The rest of his life he has to deal with that decision. The family, who first and foremost (are) the victims of the crime, and how that affected their family. I think it was one of those cases where there’s a lot of collateral effects. And I think that makes it it’s tough to work with,” Wells said.

“I found him to always be willing to hear me out, even if we ultimately disagreed on issues. I think he has a quiet confidence that will serve him well,” McKneely said. “His work ethic is unparalleled, in my view. He managed to push the case towards trial without in any way being overbearing. He conducted himself as a professional in court and did so without any sort of malice towards Zach.”

Still in the Record Books

After redshirting his freshman year in 1998, Wells emerged as a starting wide receiver by the 2000 season and established himself as one of the top college kickoff returners in the nation.

Nineteen years after his final season on The Farm, Wells is still on top in the Stanford record books for most career kickoff returns, and in the Top 5 in several other return categories.

Although he had a desire to play professionally, the best the undrafted Wells achieved were tryouts for several California NFL teams.

“I still had a dream. I want to play professional football. So I trained to do that for about a year. But I knew at some point I was going to law school,” Wells said. “God had a different path for me, and I gave it all I had. I knew I had the skill and the talent. Things didn’t pan out.” 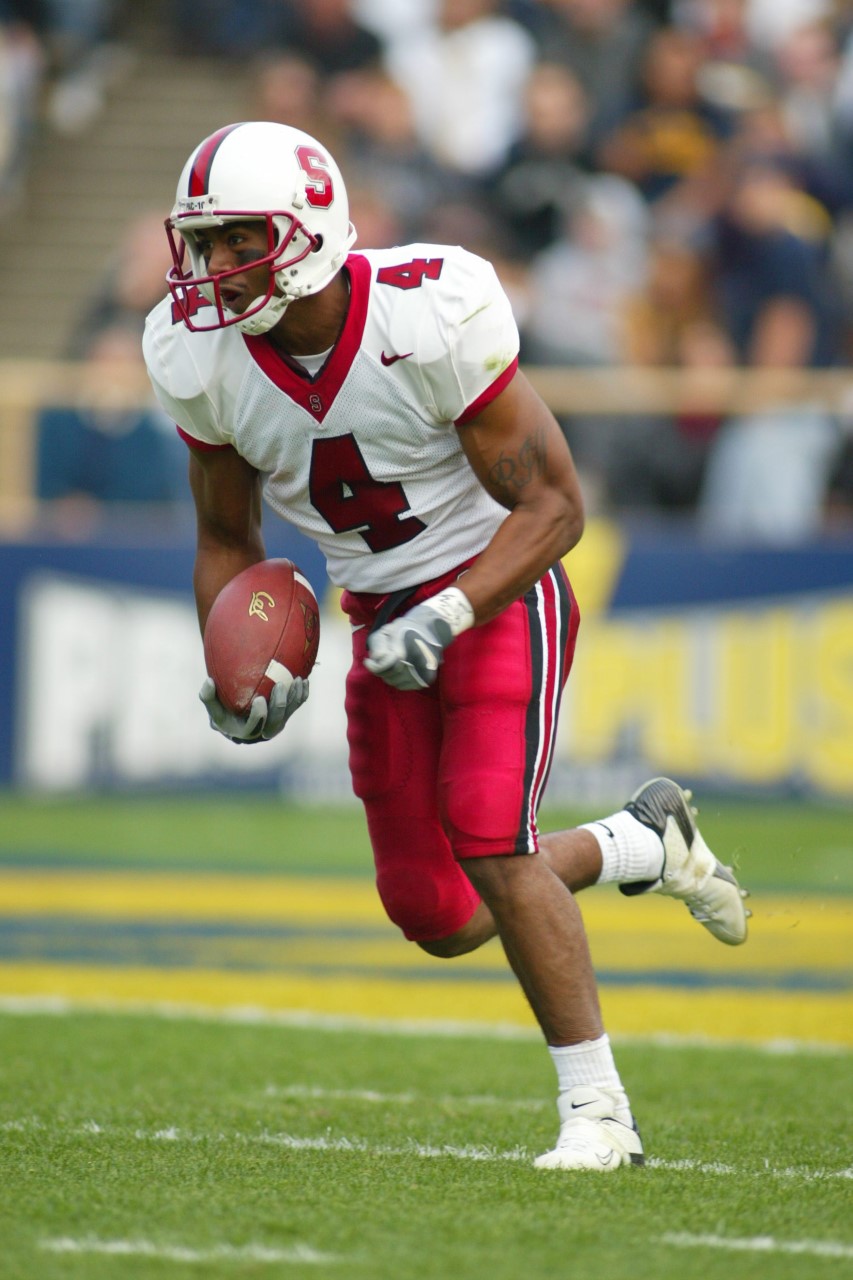 Transition to Law and a Move to Fresno

“Whenever my football career would be over, whenever that would be, I would want to go to law school one day.” — Ryan Wells

Wells enjoyed discussions about the law from his sociology and political science classes.

“Whenever my football career would be over, whenever that would be, I would want to go to law school one day,” Wells said.

That led to law school at UC Davis.

“I was always fascinated with the judges and the attorneys making arguments in front of juries, and that just really fascinated me. I even watched the TV shows,” Wells said.

One of his goals was to be a district attorney, to “stand up for justice.”

After graduation, Wells worked as a prosecutor in the Contra Costa County District Attorney’s office and eventually to Fresno.

Wells wanted a better life for his growing family, and perhaps an area more affordable to live in than the Bay Area.

His wife, Christina Wells, was from Fresno. A move to be closer to family soon followed, and Ryan joined the Fresno County DA’s office in 2012.

“We really were looking for a place to set a foundation and start our young family. I had a friend who worked for the Fresno DA’s office,” Wells said.

His wife is a communications professor at Fresno State and Fresno City College. They have two children, nine and four years old.

A registered Democrat, Wells was reluctant to discuss politics and how he would handle cases.

“I’m going to follow the law. I will take every single case on a case-by-case basis. I think that’s what we have to do. That’s what we owe to people is not to have these broad strokes of habit,” Wells said.

Wells appointment received hardy congratulations from his boss and co-worker.

“I am extremely proud of Ryan and his ascension to the bench. As a prosecutor, Ryan has proven himself to be a dedicated public servant with a keen sense of justice,” District Attorney Lisa Smittcamp, said in a news release. “Although it will be a tremendous loss to our office, the citizens of Fresno County are very fortunate to have Ryan Wells as their newest Superior Court Judge.”

“Ryan was one of those prosecutors that all of the young DAs looked up to. With his unique background, work ethic, and strong moral compass, Ryan’s appointment will bring a fresh perspective to a judicial branch that is in much need of diversity. Gov. Newsom deserves praise for this appointment and his ongoing commitment to diversifying the bench,” Janz said.

Wells joins several others who joined the judicial bench after serving in the DA’s office. That includes six of the last nine judges to be appointed or win elections.

Former District Attorney Elizabeth Egan, who won an open seat in 2020, is part of the “DA alumni club.”

Other recent names (since 2018) include Gabriel Brickey, Robert Mangano, Billy Terrence — who won elections — and Sam Delasandro (who was a court commissioner prior to his current judicial appointment by Newsom in 2019).

Wells One of Two New Positions

Newsom appointed Wells to a newly created spot on the bench. The state Legislature actually approved 50 new judgeships in 2007 to be distributed throughout the state.

However, appointments for the new positions (Fresno County was allocated two) were contingent on funding, which didn’t happen until the 2019 budget.

It is unclear when Wells’ term expires and when he would need to run for election.

A swearing-in date has not been set. Wells says he still has to meet with Presiding Judge Arlan Harrell. It will be up to Harrell to assign Wells to a particular court, either criminal or civil. Wells said he wants to try something new.

“I’ve been in criminal for a long time. So I think something different, anything different, would be a nice challenge and a nice break in the routine of dealing with criminal law for over 10-plus years. But I’m excited and where they need help, I’m just excited to learn and do a great job,” Wells said.

Statement of U.S. Attorney’s Office for the District of Columbia Before D.C. Council Regarding Measures to Strengthen Protections for Victims-Survivors of Domestic Violence | USAO-DC