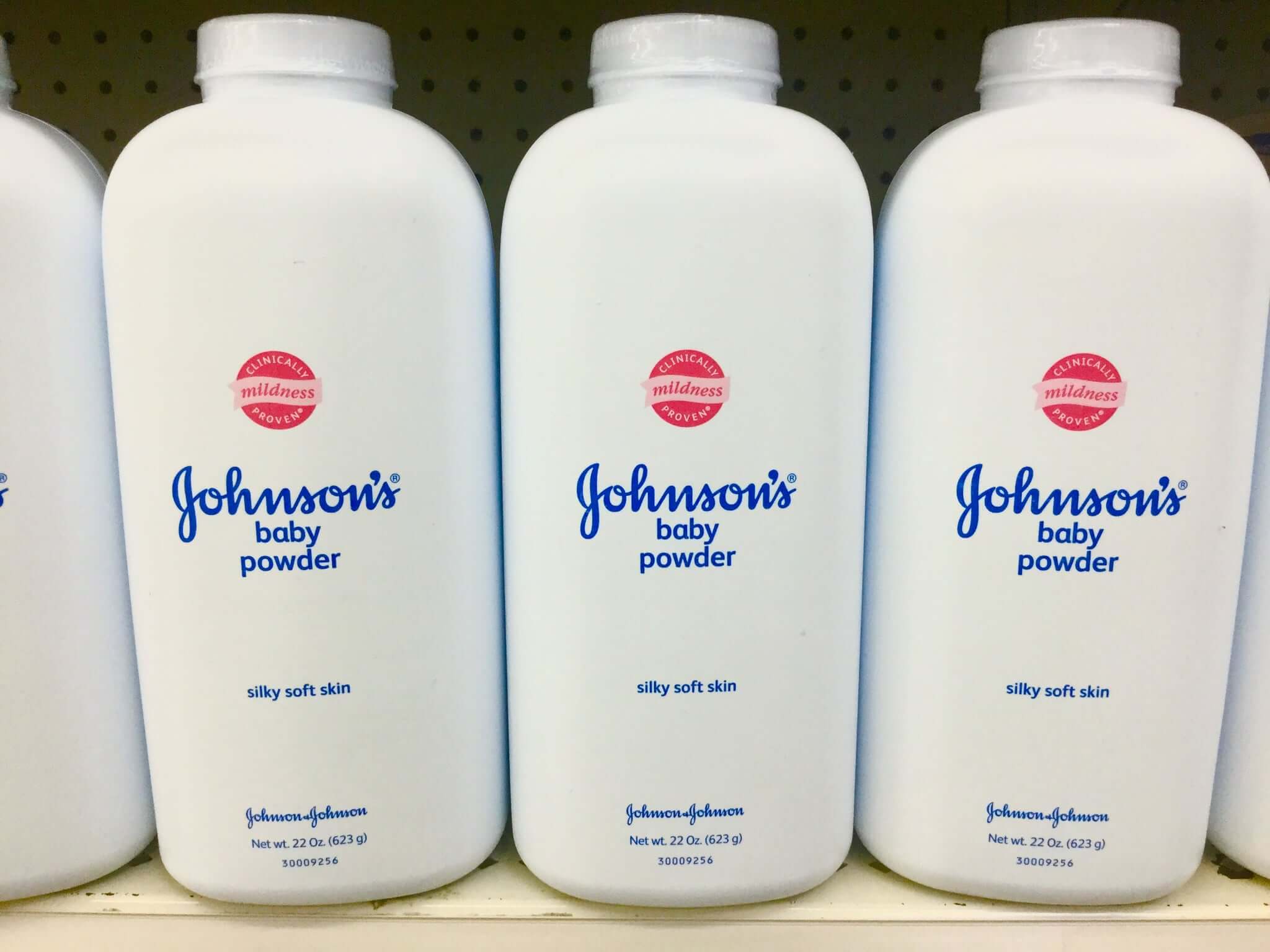 The verdict was handed up in a courtroom just miles from Johnson & Johnson’s corporate headquarters in New Brunswick, New Jersey. The jury ordered the company to pay plaintiffs $37.2 million in compensatory damages. The same jury is expected to consider punitive damages later this month, according to a Bloomberg report.

Douglas Barden, 65, David Etheridge, 57, D’Angela McNeill-George, 41, and Will Ronning, 46, said they developed mesothelioma after inhaling asbestos allegedly present in Johnson’s Baby Powder and Shower-to-Shower talcum powder products. The group claimed they were repeatedly exposed to the cancer-causing minerals through the talc-based powders their parents used on them when they were children.

Lawyers for Johnson & Johnson said there was no detectable asbestos in the company’s products and argued that the plaintiffs failed to prove their cancers were linked to asbestos exposure, according to Bloomberg. The company’s lawyers had made more than a dozen motions for a mistrial throughout the trial and said in a statement after the verdict that Johnson & Johnson plans to appeal the jury’s decision.

The company has successfully challenged cosmetic talc verdicts in appeals courts before and has been cleared of liability in at least four mesothelioma trials. Another five mesothelioma cases have resulted in hung juries and mistrials. Some talc verdicts involving ovarian cancer claims have also been overturned on appeal over legal technicalities.

On Sept. 12, a mesothelioma case began with opening statements in California. Carolyn Weirick’s first trial ended in a mistrial last year after a six-day deliberation by jurors. Weirick, a 60-year-old teacher, claims that Johnson & Johnson’s talc-based products contained asbestos and caused her rare form of cancer.

An ovarian cancer trial was also underway in Georgia state court. Diane Brower filed the lawsuit against Johnson & Johnson before she died. The lawsuit alleges prolonged everyday use of the company’s talcum powder products caused the ovarian cancer that claimed Brower’s life in 2016.

The Georgia case is the first talcum powder and ovarian cancer case to go to trial since a Missouri jury returned a landmark $4.7 billion verdict in favor of 22 women last summer. The verdict is one of the largest personal injury verdicts in history, according to The New York Times.

Were you diagnosed with ovarian cancer or mesothelioma after using talcum powder?

Consumers who have filed lawsuits against Johnson & Johnson say the company hid the true health risks of its talcum powder for decades.

Lawyers who represented the group of consumers in the New Jersey trial pointed to internal company documents to show Johnson & Johnson knew since the 1960s that its talc from Italy and Vermont had been contaminated with asbestos, a known carcinogen, but failed to warn regulators and consumers.

The Reuters report also detailed how the company successfully lobbied federal regulators not to limit asbestos in cosmetic talc products and to stifle scientific research.

“In hundreds of pages of memos, executives worried about a potential government ban of talc, the safety of the product and a public backlash over Johnson’s Baby Powder,” The New York Times reported.

Are restrictions Springfield Diocese uses to protect properties steering them toward demolition?