Our fact-checking process begins with a thorough review of all sources to ensure they are high quality. Then we cross-check the facts with original medical or scientific reports published by those sources, or we validate the facts with reputable news organizations, medical and scientific experts and other health experts. Each page includes all sources for full transparency. 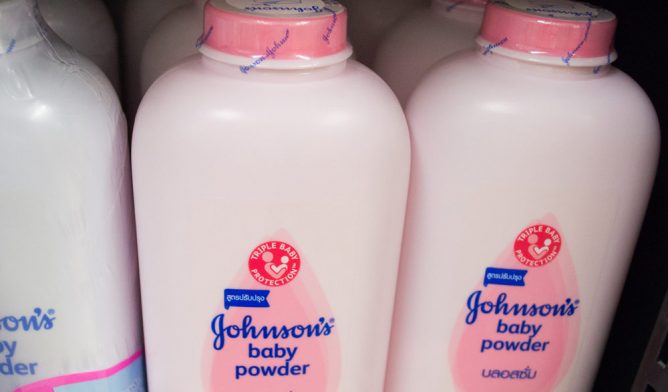 Johnson & Johnson suffered its first loss in an asbestos-related talcum powder lawsuit Thursday after a New Jersey jury ordered the company and its talc supplier to pay $37 million in damages.

The jury awarded $30 million in compensatory damages to Stephen Lanzo III, who claims he developed mesothelioma after using Johnson & Johnson’s Shower to Shower and Baby Powder products from 1972 to 2003. His wife, Kendra, was awarded $7 million in damages.

Johnson & Johnson was held 70 percent liable in the case, meaning they must pay $25.9 million. France-based talc supplier Imerys SA is liable for the remaining 30 percent, or $11.1 million.

The jury will consider additional punitive damages in the second phase of the trial, set to begin Tuesday.

“While we are disappointed with this decision, the jury has further deliberations to conduct in this trial and we will reserve additional comment until the case is fully completed,” Carol Goodrich, a spokeswoman for Johnson & Johnson, said in a statement.

The historic verdict comes six months after a Los Angeles Superior Court jury ruled in favor of J&J in the first trial aiming to link the company’s products to mesothelioma, a rare cancer caused almost exclusively by exposure to asbestos. 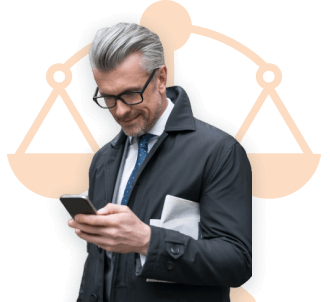 Get help finding an attorney who knows the process and can get you and your family the compensation you deserve.

Asbestos Claims Are the Latest Challenge for J&J

In the past two years, juries found J&J liable five times in ovarian cancer claims. Two of those cases have been overturned in appeals courts, however, including a $72 million verdict in Missouri and a $417 million decision in California. J&J is working to reverse the other verdicts.

Asbestos-related lawsuits are a more recent problem for the consumer goods and pharmaceutical giant. Lanzo’s case was just the second to go to trial and the first in New Jersey, the home state of J&J.

Lanzo, a retired banker, claimed his only potential exposure to asbestos was from J&J’s talc products.

Talc — one of the world’s softest minerals — is still widely used in a variety of products, but Lanzo’s case and many other lawsuits stem from talc products used decades ago.

Deposits of talc are often located near naturally occurring asbestos, allowing for the risk of cross-contamination.

J&J continues to deny claims that its products ever contained traces of asbestos fibers or cause cancer.

A statement on the company’s website reads: “Since the 1970s, talc used in consumer products has been required to be asbestos-free, so JOHNSON’S talc products do not contain asbestos, a substance classified as cancer-causing. JOHNSON’S Baby Powder products contain only U.S. Pharmacopeia (USP) grade talc, which meets the highest quality, purity and compliance standards.”

However, no federal regulations exist. The U.S. Food and Drug Administration (FDA) monitors potential safety problems with cosmetic products such as talcum powder, but there are no U.S. laws or regulations that strictly prohibit talc used in consumer products from containing asbestos.

In Lanzo’s case, J&J assured it conducted extensive testing to make sure its products were not contaminated.

The company’s lawyers also offered several alternative theories for the source of Lanzo’s mesothelioma, including 60 feet of asbestos-wrapped pipe in the basement of his childhood home.

Lanzo’s trial was scheduled to begin in early January, but was delayed after a pretrial evidentiary dispute involving a tissue sample from the plaintiff. The sample, according to reports, showed the presence of a type of asbestos used commercially, but never associated with previous talc claims.

J&J wanted the sample introduced as evidence, but the judge ruled it could not be used because of its late introduction.

Imerys spokeswoman Gwen Myers said the company plans to appeal the verdict and is confident its talc did not cause Lanzo’s cancer.

Sunscreen Recall: What to Know as J&J Recalls Some Neutrogena Sprays Over Benzene