When Going To Trial Isn’t Worth It 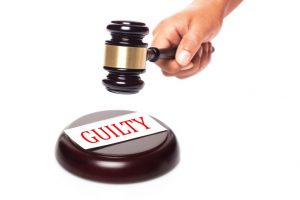 Everyone has the right to a trial when accused of a crime. After all, our system of law states that a person is innocent until proven guilty.

However, when going to trial means facing a sentence five times harsher than taking a plea, defendants might think twice before invoking that right, even if they’re innocent.

I once had a client charged with murder who insisted he didn’t do it.  Oscar (pseudonym) was just 16 at the time of the crime. We went to trial and fought long and hard. As deliberations dragged on, the judge sent his law clerk to me with a message — if Oscar pleads guilty then and there, he’d convince the prosecutor to reduce the crime to manslaughter and give Oscar 11 years. Oscar, age 20 at the time of the trial, had a hard choice. He might be acquitted after trial, or he could take the 11 years and be done with it.

He played the odds and unfortunately lost. Instead of getting 11 years, the judge gave him 40 for no other reason than he refused to take a plea. (The prosecutor had been recommending 25 to life, pretrial, but jumped on board with the 40.)

Dozens of examples like this are described in a recent report on the “trial penalty” –- the penalty exacted when defendants dare go to trial and lose. According to the report, written jointly by the National Association of Criminal Defense Lawyers (NACDL) and the New York State Association of Criminal Defense Attorneys (NYSACDL), fewer and fewer cases have gone to trial in New York state over the past three decades. As of 2019, according to the report, 96% of charged felonies ended as pleas; while 99% of misdemeanor defendants pled guilty rather than go to trial. A lot of this is due to the trial penalty.

The report puts the issue front and center and ascribes it to an overburdened system that’s biased toward people of color and which gives the prosecution more power than any other player, even judges.

So accepted is the trial penalty, that judges with nicknames like Maximum Scott, instead of being ashamed of that reputation, wear it proudly. Many judges in New York push pleas as routinely as last-minute sales at Macy’s — if you don’t take this now, it will be gone tomorrow.

Judges and prosecutors often take the stance that defendants who don’t plead guilty early will lose the benefit of a plea deal. By challenging the legality of a car stop or testifying in the grand jury, a defendant will get no plea offer. Because of the trial penalty, many then forego their rights to hearings or testifying in the grand jury so a plea offer will be made.  It’s particularly tough to make these decisions early on in a case when defendants have minimal discovery and may have only met their lawyer twice.

The contrast between plea offers and post-trial sentences has always been stark. As documented in the report, a defendant offered 10 years might get 40 after trial. Those offered five, would routinely get 50% more time (7.5 years) after conviction. Same person, same crime, same rap sheet — but somehow the price of challenging the evidence cost each defendant years of his life.

There are plenty of rationalizations for this. First, there’s judicial economy — it’s cheaper and faster to extract pleas then spend the time and money on a trial. Next, everyone — from prosecutors, to judges to defense attorneys — is overworked. Many believe the system would collapse if every person arrested went to trial. Finally, there’s the Christian notion that a person who admits his wrongdoing is worthier of a lower sentence than the person who doesn’t. (Although few defendants benefit from this notion post-trial, even when they say they’re sorry.)

Whatever the rationale, plea-bargaining has become the rule rather than the exception, and while there’s budgetary savings, there are also costs. Among them are a lack of transparency in the criminal justice system. Prosecutors with poor cases extract pleas rather than have their evidence tested or their cops cross-examined. Defendants must sometimes waive their rights to discovery, even though recent changes in the law assure they have full discovery early in the case. There’s also often a requirement that defendants waive their rights to appeal.

The problem with this take-it-or-leave-it approach, is that important legal questions never get to an appellate court. Judicial mistakes on suppression issues don’t see the light of day. By depriving defendants of discovery, prosecutors can hide weak cases, police misconduct or evidence of actual innocence.

Exacting a high price for going to trial coerces even innocent defendants into pleading guilty. The possibility of getting a sentence sometimes five times as high as the before-trial deal, makes taking a plea difficult to turn down. But even nonjail pleas carry collateral consequences such as loss of job prospects, housing, voting rights, custody of children, or the ability to stay in the U.S. if not a citizen.

The trial penalty is neither fair nor necessary.

The report suggests shifting this practice by providing more funding across the board for judges, prosecutors, court personnel, and defense attorneys. A judge’s merit should not be gauged by how many cases pled out before her, but how fair she was across the board to both defendants and prosecutors. Eliminating mandatory minimum sentences would also level the playing field by giving judges more discretion in sentencing, as opposed to putting the power in the hands of the prosecutor who, alone, determines the level of crime to indict.

The good news is that, at least in New York City, a new district attorney will be elected this fall who hopefully will infuse the office with a greater sense of social justice. Maybe the new D.A. will examine why a case, if worth only five years on a plea, becomes a recommended 15 after trial.

The bad news is that with the backlog of cases waiting to be tried due to COVID-19, the need to get pleas and clear out the system is greater than ever. There are literally thousands of cases in New York City alone awaiting trial. (At present the courts are trying only two cases per month.)

The NACDL/NYSACDL’s well-researched report comes at a good time.  Let’s just hope somebody besides defense attorneys is paying attention.

Toni Messina has tried over 100 cases and has been practicing criminal law and immigration since 1990. You can follow her on Twitter: @tonitamess.

International Labor and Employment Updates from Colombia to Egypt

‘No going back to normal’: 43,000 US kids lost a parent to COVID | Business and Economy News