PFAS-free firefighting foams: Are they safer?


In the 1960s, researchers from the U.S. Navy Research Laboratory began testing a new class of firefighting foam that could rapidly extinguish fuel fires.

The foams, dubbed aqueous film-forming foam (AFFF), were a boon to firefighters. Special perfluorinated chemicals gave AFFF unique hydrophobic and surfactant properties, allowing it to rapidly seal over burning fuel and prevent reignition once a blaze had been extinguished. By the 1970s, AFFF was in use at most military bases, airports, refineries, and many civilian fire departments around the world.

Over the next several decades, AFFF was used to both fight actual fires and to train firefighters on practice fires. It often was left to soak into the ground after use. AFFF is still in use today.

Flash forward to 2020, and we now know that the same chemicals that give these firefighting foams their unique properties have become a major global source of drinking water contamination. These chemicals, called per- and polyfluoroalkyl substances (PFAS) have been detected in water supplies across the country—and in our bodies. In fact, the Environmental Working Group estimates that PFAS chemicals are detectable in all major U.S. water supplies. CDC scientists have found four PFAS chemicals in the blood of nearly all Americans tested, indicating “widespread exposure to these PFAS in the U.S. population.”

They’re often called forever chemicals, “because there’s no indication that they will biodegrade in the environment, as they are extremely stable and persistent with a potential for them to be permanently present and cycling around the environment,” Ian Ross, a PFAS contamination expert for Arcadis, a Netherlands-based engineering and consulting firm, told EHN.

PFAS have been linked to a slew of health issues, including hormonal changes, decreased fertility, weakened immune system response and increased cancer risk.

Studies suggest that firefighters have higher levels of these chemicals in their bodies than the general public. A study of female firefighters, published in the journal Environmental Science & Technology in February, found that those who used firefighting foam in the past year had higher concentrations of PFAS in their blood than those who had not.

In light of mounting liability risk, state and local bans on PFAS-containing products, and pressure from various groups over environmental and health concerns, many fire departments, municipalities, and private companies now are looking to switch to PFAS-free foams. The adoption of PFAS-free firefighting foams in the U.S. is relatively new. In 2018, Washington became the first state to ban PFAS-containing foams for most firefighting uses. Several other states have since followed with similar legislation.

Making sure these new foams actually are safer for the environment and health than the ones they replace is key to ensuring we don’t end up in the same place 50 years from now—with widespread contamination from a new set of toxic chemicals—say environmental health experts.

There’s promise on this front, with a number of states taking action to ban or phase out PFAS-containing foams and a new certification program helping fire departments and businesses identify safer foam products, but hurdles remain at the federal level. 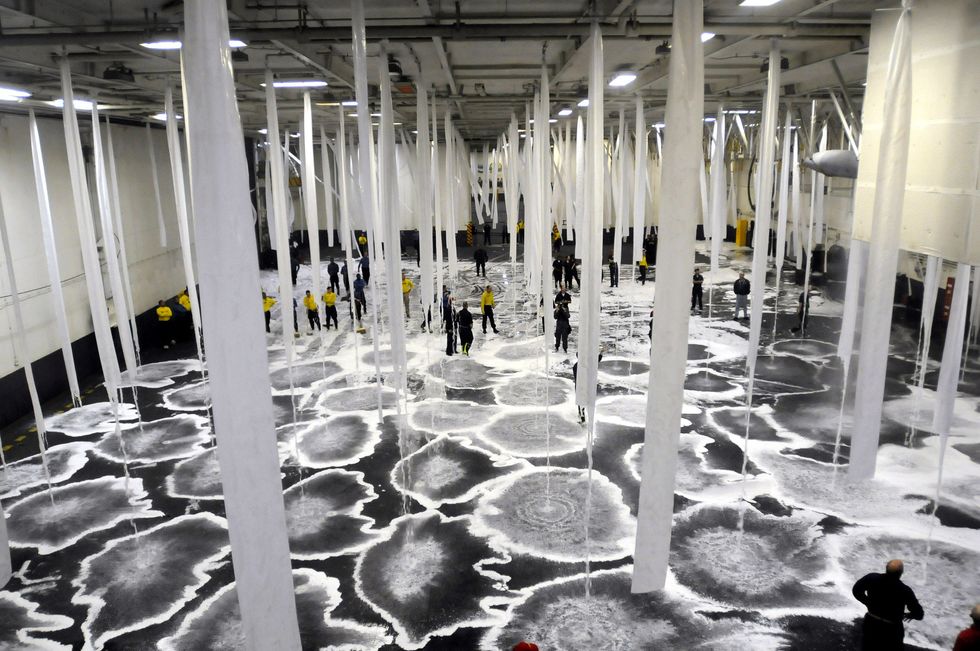 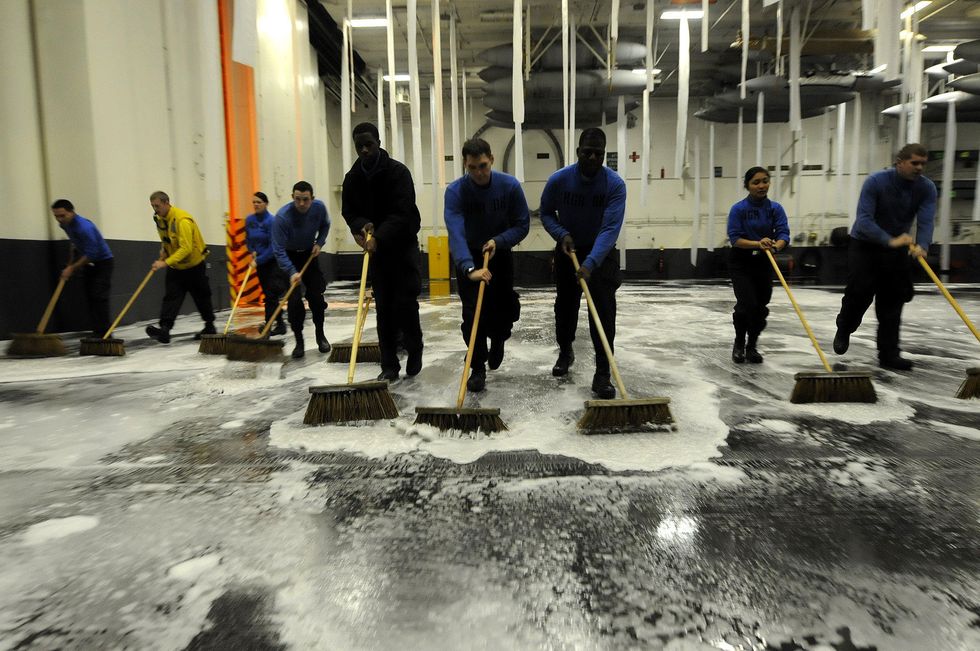 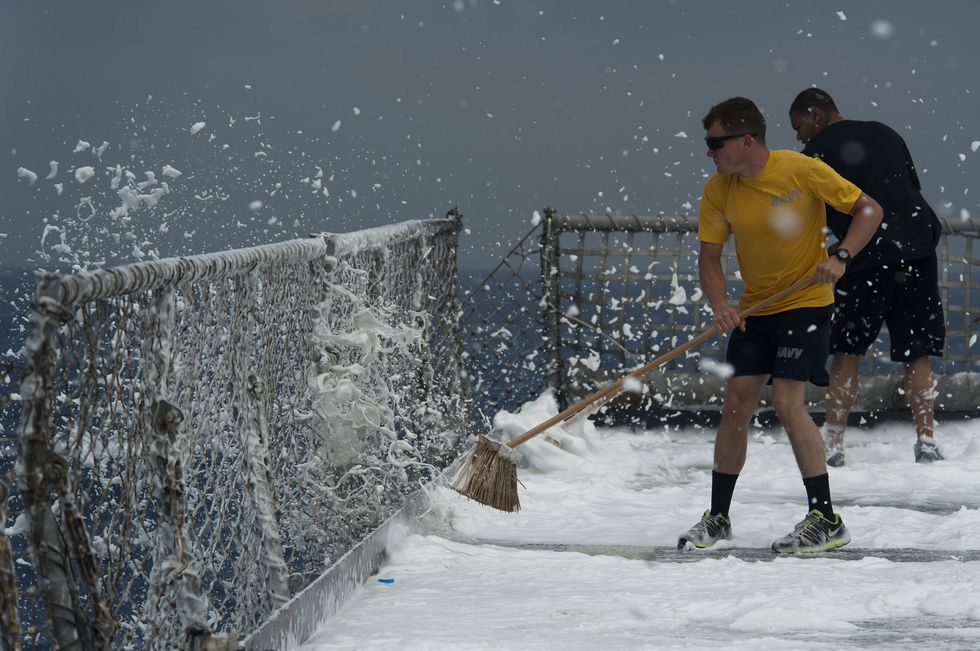 “We have a history of substituting one hazardous chemical with another that may not be any better,” Philippe Grandjean, an epidemiologist at the University of Southern Denmark and adjunct professor of environmental health at Harvard University, told EHN.

Take bisphenol A (BPA) for instance. BPA has been removed from baby bottles and other plastic products in the last decade over concerns that it could harm health by disrupting hormones. But experts now warn the chemicals that have replaced it, including BPS and BPF, share the same endocrine-disrupting properties as BPA, making them no safer.

Experts call this common practice “regrettable substitution,” when one hazardous chemical is replaced by another just as harmful or potentially worse. This happens because federal regulators, for the most part, don’t require chemical replacements to be proven safer before they’re put into use.

Not all fires call for the use of foam. AFFF is used primarily to douse fuel fires—those fed by flammable liquids such as oil or gasoline. A municipal fire department may have more limited uses for firefighting foams—say at the site of a road traffic accident—than industries such as oil and gas refineries, aviation, and the military.

Perfluorinated chemicals have special properties—such as their ability to ability to prevent fuel pick up in the foam—that are beneficial to efficient firefighting, Niall Ramsden, director at ENRg Consultants, LTD, a UK-based consulting firm working with the oil and aviation industries to transition to PFAS-free foams, told EHN.

“It’s been a challenge to find replacements that give the same performance,” he said. 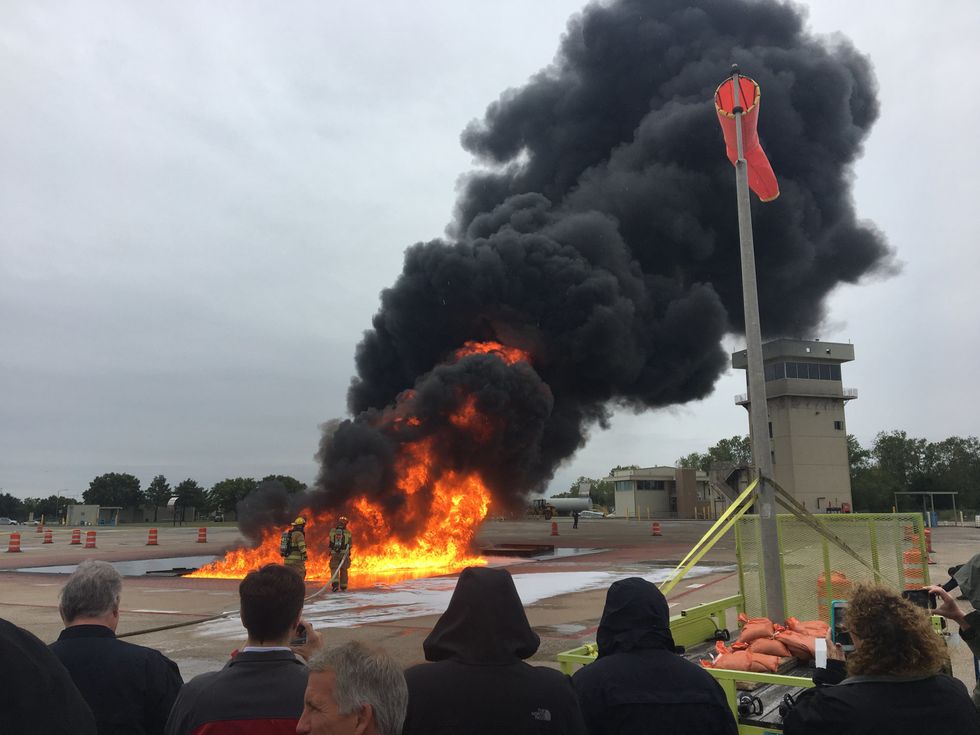 PFAS-free foams have been available for about 20 years, but the capabilities of these early products weren’t great, David Plant, Global Product Manager for Firefighting Chemicals for National Foam, a North Carolina-based foam manufacturer that makes fluorine-free firefighting foams as well as PFAS-containing foams such as AFFF, told EHN.

As a result of legislation in the European Union over the past decade and more recently in the U.S., companies including National Foam have ramped up investment in the research and development of new PFAS-free foam formulations that achieve the same performance standards as AFFF while meeting new environmental regulations. National Foam continues to manufacture PFAS-containing products, including AFFF, though it’s added two PFAS-free foams to their arsenal.

“What we don’t want to do is go from something that’s being phased out to something that could be tomorrow’s problem,” said Plant.

Yet what’s actually in these new products remains unclear. Formulations are a company’s tightly guarded trade secrets. Though Ross said that many of the new chemistries are “based on naturally occurring surfactants and oils.” That poses a problem for buyers.

Products can claim to be cleaner, greener, safer, but how do buyers know that’s actually true and not just greenwashing or marketing spin?

“Over the last decade, I think a lot of people have lost faith in companies to give us useful, honest information that’s protecting the public good,” Shari Franjevic, GreenScreen Program Officer for Massachusetts-based Clean Production Action, told EHN.

Even if companies disclosed their formulations to customers, most customers would have no way to meaningfully vet the products.

Fire departments can test whether or not a product works well to extinguish flames, but they have no practical way of differentiating the products that are safest for the environment and firefighter health. 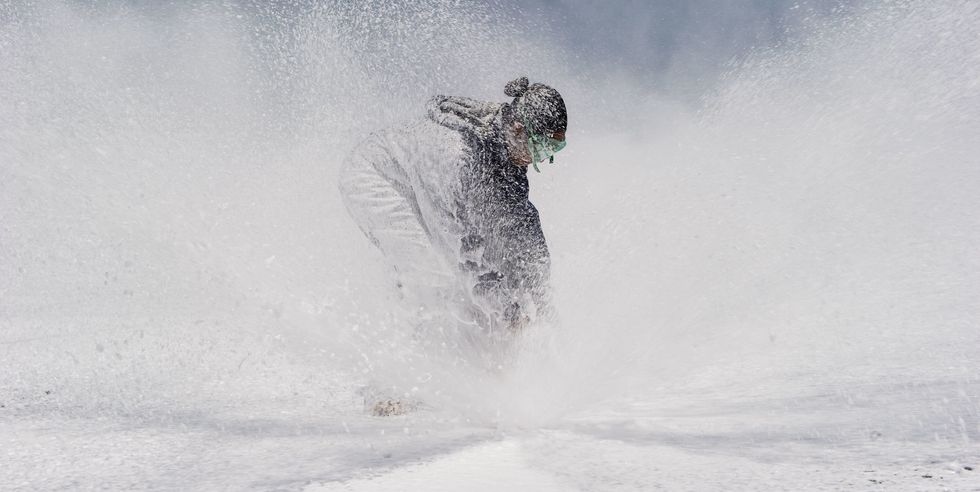 Taking a sample from a sprinkler during an Aqueous Film Form Foam (AFFF) countermeasure washdown on the flight deck of the Navy’s USS Ronald Reagan. (Credit: U.S. Pacific Fleet)

One U.S. nonprofit is working with makers and buyers of PFAS-free firefighting foams to make that screening process smoother. In January, Clean Production Action launched the first eco-label certification program for PFAS-free firefighting foams. The program ensures that foams claiming to be PFAS-free are, in fact, free of these added chemicals, as well as thousands of other chemicals of high concern, such as alkylphenols, surfactants that are found in detergents, cleaners, and other products and that may disrupt the body’s hormone system and organohalogens, a large class of chemicals that can be used as preservatives and that bioaccumulate in the environment.

The eco-label certification program, called GreenScreen Certified Standard for Firefighting Foams, kicked off as a pilot program in Washington State. In 2018, Washington led the nation in passing laws to phase out the use of PFAS chemicals in firefighting foams as well as other products, including food packaging.

The ban on the sale of PFAS-containing foams is set to go into effect this July, but will initially exempt some major users, including chemical plants, oil facilities and airports. The program takes complex toxicological information, including how likely a chemical is to bioaccumulate in the environment, and distills it into an easy to understand certification score, explained Franjevic. And it does so in a way that keeps a product’s formulation confidential—something that’s really important to manufacturers.

GreenScreen’s PFAS-free firefighting foam pilot started off small with four manufacturers and four certified products, including National Foam’s flagship PFAS-free foam, Universal Green. Franjevic estimates there are between 30 and 35 manufacturers of PFAS-free foams worldwide, marketing more than 100 PFAS-free foams and said that a number of other companies have expressed interest in taking part in the program.

“The certification offers a third-party verification of claims that companies are making,” which helps firefighting foam buyers understand whether those claims are true and meaningful, explained Rossi.

That independent accreditation is really important for Randy Kraus, Fire Chief for the Port of Seattle Fire Department at Sea-Tac International Airport.

“We want to make sure we don’t do any additional harm to the environment or firefighters. As a purchaser, we want to make sure a product is tested by an independent third party. That gives us confidence,” said Kraus in a February webinar hosted by Clean Production Action about the new eco-label. 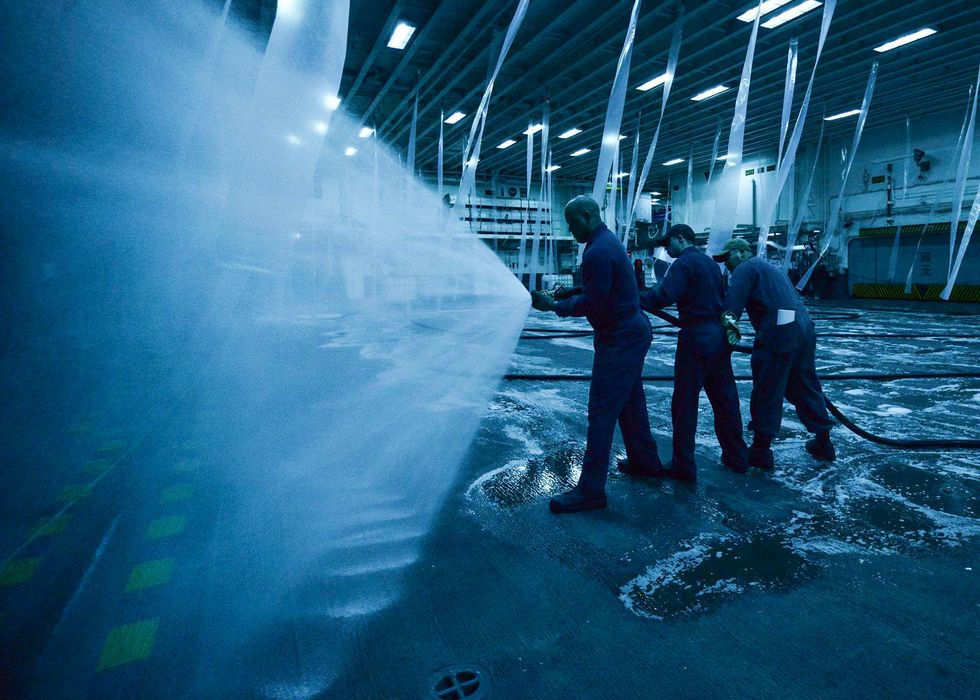 While major international airports—including London Heathrow and Paris-Charles de Gaulle—already are successfully using PFAS-free firefighting foam, Sea-Tac and other U.S. airports will have to wait.

Several states, including Washington, Colorado, Minnesota, New Hampshire and New York all now have banned the use of PFAS chemicals in firefighting foams.

But airports in the United States are regulated by the Federal Aviation Administration (FAA), and the FAA currently requires all U.S. airports to use PFAS-based firefighting foams. While the FAA Reauthorization Act of 2018 requires the FAA to change their rules and stop mandating the use of these products by 2021, the FAA has chosen to conduct their own tests before allowing PFAS-free foams, which could take longer to complete.

PFAS-containing foams too, will stay in use at U.S. military bases for the near future. In December 2019, Congress directed the military to phase out PFAS in firefighting foams by 2024. Though, like the FAA, the military will first have to change performance specifications that require the use of PFAS chemicals.

As for GreenScreen Certified, Clean Production Action plans to expand the framework to evaluate safer PFAS-alternatives in additional products, such as food service ware.

“There’s a huge need for something like this as we move away from PFAS in many different products,” he said.

Unable to pay off your debt? Find out when the Insolvency Law applies to you in the UAE

Are You Suffering from Beovu Side Effects?