In today’s complex world, we’re all aware of the pitfalls of how information and opinions are shared online and within our communities. One could argue that scanning the news in 2021 is similar to participating in a game of Clue where the reader has to not only decipher what they see but also the other participants and how their intent could possibly shape the experience. I’m going to try and avoid that by sharing my legal experiences in the courtroom on this topic and by providing easy-to-follow references to studies, graphics, and figures to support it. I encourage you to follow the breadcrumbs for your own understanding, but my hope is that once you do, you’ll find this assessment was objective and insightful.

The ACLU 2020 Study on Marijuana Arrests

Back in 2020, the American Civil Liberties Union (ACLU) released a comprehensive 110-page research report titled A Tale of Two Countries: Racially Targeted Arrests in the Era of Marijuana Reform. To the ACLU’s credit, their analysis is thorough and far-reaching, but it was almost too large with too much information for the casual reader to arrive at a conclusion on their own. While the ACLU study addresses White vs. Black arrests for marijuana possession across the country from 2010-2018, we wanted to focus our attention on the county and state-level trends. By focusing on these macro-levels, our intent was to get as clear of an idea of how law enforcement handles simple possession of marijuana (versus trafficking and more grand charges) in different jurisdictions. We did this in an effort to see if public conversations, legislation changes, and other mechanisms of a civil society had any bearing on change? Unfortunately, it doesn’t appear that all states and counties have improved due to those influences.

Kentucky is Second to Last In Nation for Disparities in Arrests

Kentucky has a significant issue with the disparities for marijuana arrests between Black Americans and their White counterparts. When I say there is an issue in Kentucky what I specifically mean is that Kentucky ranks 48th of the 49 states studied on inequality for marijuana arrests across the nation (Florida did not provide statistics to the ACLU). Montana is the only state with more inequality. You can see a detailed graphic of the country and the specific likelihood of being arrested for marijuana here. Some key takeaways include:

• Black Americans are 9.4x more likely to be arrested for marijuana charges in Kentucky compared to their neighbors of different ethnicities.

• Kenton County, Kentucky is the most egregious county in the state where Black Americans are arrested 14.3x more often than White residents and sits at #50 of the worst counties in America.

• While not represented on the Top 50 list, the counties of Graves, Daviess, Hopkins and McCracken all top over 7.8x more likely for Black Americans to be arrested.

I don’t want it to be presented that Kentucky is alone in these disparities, so for transparency, our home across the river in Ohio has nine counties in the Top 50. These counties include Washington, Medina, Wayne, Geauga, Lawrence, Hancock, Crawford, Highland, and Logan. However, even with Ohio having nine counties represented in the Top 50, our state total is still relatively low at 3.4x (vs. 9.4x for Kentucky). This is because while Ohio has more problematic counties, Kentucky has more problematic patterns statewide across all counties. Take for example the worst county in the country, Pickens County, Georgia. If you’re a Black American in Pickens County you’re 97.3x more likely to be arrested for marijuana, but their state total still remains at 3x disparity as a whole. I share these comparisons with you so you can see how Kentucky’s ranking isn’t a fluke solely because of Kenton County and its ranking on the Top 50 list.

Marijuana Use by Race

An argument I’ve heard before is that “maybe Black Americans smoke more marijuana compared to other ethnicities, which could explain why they are more often arrested for possession of marijuana.” While there might be miniscule differences in usage patterns, they certainly do not explain the differences in frequency of arrests. It’s hard to find reputable statistics for 2020 on Kentucky, specifically, but there are some stats from the The Substance Abuse and Mental Health Services Administration (SAMHSA) for Kentucky in 2014. SAMHSA states that Black Americans had consumed marijuana in the last year at a rate of 8.3% while White people had at 7.2%. While that’s a 1% difference in use, it doesn’t explain the disparities seen during arrests. So what’s leading to these imbalances?

Legalization and Police Training to Correct the Issues

Colorado paved the way in 2012 when they became the first state to legalize adult recreational marijuana use and the movement has only grown since then. In fact, during the 2020 election cycle and into 2021, we saw New Jersey, Arizona, South Dakota, Montana, New Mexico, New York, and Virginia become the most recent states to legalize. In total, there are now 17 states with complete recreational legalization (including the District of Columbia), and another 15 different states that have decriminalized it.

Did you notice that Colorado, which was the earliest state to legalize recreational use, also has the lowest disparity rate in the country at 1.5x? While not perfect and further efforts need to be made, Colorado has done an exceptional job of showing how reform can correct injustices seen elsewhere, but also be a source of tax revenue. According to The Colorado Sun and their interview with State representatives, Colorado has collected over $1.63 billion in tax and fee revenue since 2014 (when retail dispensaries opened). If Kentucky legalized recreational adult use for marijuana and taxed it similarly to Colorado, they could generate so much in tax revenue that budget deficits could eventually be a thing of the past. With so much emphasis on improving our communities and the quality of life, one would think that this kind of revenue that is supported by 68% of Americans would be a no-brainer.

Tax revenue aside, and back to the more important topic of racial disparity, it should come to no surprise that these states that still have criminal laws on the books are the locations with the most disparity in arrests and that includes Kentucky. Since I’m a criminal defense attorney in Cincinnati, I have a unique perspective of what I’m seeing in the courtrooms and I’d like to share those observations with you. 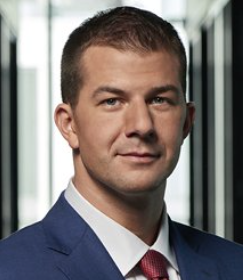 Commonly, I’ll see police reports that have suspicious justifications for traffic stops, which lead to the eventual detentions of Black Americans when they perform a search and seizure of their person and/or vehicle. In contrast, I don’t see the same justifications being used when the individual is White. From looking at the data, and then referencing my own courtroom experiences, I believe there are clear patterns that Black Americans are being targeted by law enforcement on fishing expeditions. Considering there are over 650,000 marijuana-related arrests made annually in the U.S. this impacts thousands of Americans each day. If our goal is to reduce the incarceration rates for non-violent offenses and improve communities, arresting over 1,800 people per day (by and large Black Americans even though they total less than 14% of the overall population) is not a direction we should continue to take.

Legalizing marijuana in Kentucky (and Ohio and elsewhere) would be a good first step in efforts to correct racial disparities related to marijuana charges, but we also have to increase and tailor training at police departments. Police officers need an overhaul on the instruction they receive to only perform traffic stops or detain individuals for well-established violations of law.

Additionally, all officers should be equipped with both cruiser and body cams so their arrests can be reviewed and verified against their written reports. Did you know that in Lexington, KY where Breonna Taylor was killed in 2020 their police department still doesn’t have each officer outfitted with body cameras after a 5-year and $2.6 million dollar contract? And this is the second largest city in Kentucky, so what are the chances smaller counties and cities have significant gaps in recordings also? By having every arrest and stop recorded, defense attorneys will be able to identify poor policing and illegal searches and seizures much easier than we have in the preceding decades leading us to this point. And a refresher course on individuals’ Fourth Amendment rights (unreasonable searches and seizures) needs to be made a priority or legislation needs to raise the standards for law enforcement to search one’s person or property.

As a criminal defense attorney who represents alleged suspects from various charges, it should say something about these calls for reform, as it will directly take away clients from my law firm and others like me. That said, it’s the right thing to do; especially after you dive into the facts associated with marijuana arrests, which I encourage you to do.

Brian D. Joslyn, Esq. is a criminal defense attorney and founder of the Joslyn Law Firm with offices in Cincinnati, Columbus, and Dayton, Ohio. His decision to become a criminal defense attorney was shaped by a unique personal hardship in his late teens when he was the victim of police brutality. Brian was acquitted of all charges stemming from his arrest, sued the Columbus Police Department and won a civil-settlement. Since then he’s devoted his life to principles of fairness and justice.