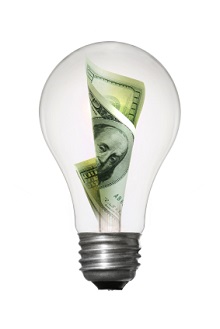 Twenty years ago, I terminated my firm’s Westlaw subscription and outsourced our legal research. How so? Law clerks attending law school whom I met on AOL message boards.

A clerk did the research, using free Westlaw, drafted a motion, memorandum, or brief, forwarded it to my assistant to be put on a case caption and reviewed by my associate.

In a contingency fee case, a big savings of time for us. My associate could work on more valuable things. On hourly work, clients got a bill for a clerk’s time at $40 an hour while we paid them $15 an hour. Clients loved the savings and the innovation.

Without the Internet and a willingness to be different, none of that would have been possible.

Now I hear that a friend of mine, Attorney Steve Embry is doing a little bit of the same — except on a much larger scale that is likely to have a lasting effect on large law.

For years, law firms have defended mass torts the same way. Put an experienced mass torts lawyer on the case to lead strategy and execution and have legions of younger lawyers and in house staff do most of the work.

By leveraging the hourly rate, the defense of mass torts became wildly profitable for law firms, while terribly expensive for clients.

I should have known that Embry was onto something different when I first met him hanging out at legal tech and innovation conferences, even conferences dedicated to small law. You don’t see guys from large law (Frost Brown Todd) who have been defending mass tort cases for years at these conferences.

Embry was in fact out noodling on ways to be innovative in the defense of mass tort claims.

The problem with how mass torts have historically been defended is that, while the client can get great value and a great defense where there is an experienced lawyer engaged in what he or she does best, that is such things as strategy, handling and creating joint defenses, negotiations and even trial, most of the underlying work has been done by those who frankly are over qualified for what they are doing. There are better and cheaper ways to get most of the work required by mass tort cases done.

The answer, talking to Embry, is unbundling services. Unbundling legal services can be a dirty word to some bar associations and regulators, who’d like to require a lawyer do all the work from beginning to end.

But Embry believes that the work in a mass tort case can be “unbundled” so that much of the commodity type work is done by alternative legal service providers at flat fees. The more creative work is best done by a seasoned lawyer.

To make this work — and get over any unbundling issue — Embry says that the lawyer must remain in charge of and responsible for all the work and that there needs to be a partnership between the lawyer and any service providers.

The lawyer and the insurance provider have to trust each other, work together and have each other’s back. This can only be done on if there is a long term relationship between the two.

Embry is now walking the talk, something most lawyers would be scared to death to do. He reached out to Elevate, an alternative legal service provider employing lawyers, engineers, and technology and medical professionals to study the idea. If viable, Embry wants them to help propose it to insurance carriers.

Elevate suggested getting my friend (small world) Dan Linna, a law professor and director of LegalRnD at Michigan State University College of Law, involved. Elevate had worked with Linna and LegalRnD on other projects over the past few years and Embry was familiar with Linna through legal tech events.

Linna likes the idea — and sees it as a bit of self preservation for large law.

Law firms need to proactively work with clients to disaggregate legal matters. Why wait for clients to disaggregate matters and tell you, the law firm, what’s left for you—if they keep you around? Law firms need to demonstrate how they can provide greater value to clients. Greater value goes well beyond efficiency and lower costs. By creating a culture of innovation and continuous improvement, improving processes, getting the right people doing the right tasks, becoming data driven, and embracing technology, law firms can improve work quality and obtain better substantive outcomes.

Linna’s a bit like author, speaker, and adviser, Richard Susskind, who finds it hard to convince a room full of people making a million dollars a year that they have a problem that needs correcting.

Most law firms cannot get beyond short-term thinking. They’re get stuck on the idea that improving legal-service delivery likely means less revenue in the short term. But they’re missing opportunities to become more profitable while at the same time generating greater value for clients. Going down this path strengthens relationships with existing clients and creates opportunities for law firms to differentiate themselves. It positions them to land more work and develop new ways in which to provide value for clients.

The team has already secured the agreement of one of Embry’s insurance carrier clients. The carrier is intrigued by Embry’s approach and is looking to be a case study that Linna will do so that differences in results and costs can be measured.

As he should be, Embry’s optimistic.

I think we will find that the case could be handled just as well if not better and the transactional cost less using this model.

The group recently spent a day at Frost Brown with lawyers, paralegals and other professionals to map out getting work to the right people, improving processes, using data, and implementing technology. Linna tells me that rather than being defensive and territorial about the work, as I have personally seen in large tort claims with multiple parties, the group realized the benefits of collaborating to identify opportunities to improve the value provided to clients.

Embry, as expected, was concerned his firm would see this whole approach as a threat. But his firm acknowledges it as the new reality.

The practice of law is changing. While clients don’t mind paying for bespoke work, they are no longer willing to pay top dollar for commodity work that can be done cheaper someplace else. If we don’t accept that reality and try to meet our client’s needs, we risk losing the whole ball of wax.

Embry’s firm may have less work in the short run. But Embry believes that clients will see the benefit of the model and engage him and Frost Brown for future work.

Now we just need to have Embry out blogging what he’s learning and doing along the way — soon.

Kevin O’Keefe (@kevinokeefe) is the CEO and founder of LexBlog, which empowers lawyers to increase their visibility and accelerate business relationships online. With LexBlog’s help, legal professionals use their subject matter expertise to drive powerful business development through blogging and social media. Visit LexBlog.com.

LexBlog also hosts LXBN, the world’s largest network of professional blogs. With more than 8,000 authors, LXBN is the only media source featuring the latest lawyer-generated commentary on news and issues from around the globe. Visit lxbn.com now.

His killing was described as a love triangle gone wrong. What happened seems much darker.